The War is Over: an Analysis of the Karabakh Peace Agreement

The war is finally over!

Azerbaijani President Ilham Aliyev, Armenian Prime Minister Nikol Pashinyan and Russian President Vladimir Putin have officially signed a peace agreement to cease the war in Nagorno Karabakh. Some of the most important conditions from this peace agreement are the  following:

As Azerbaijani President Ilham Aliyev pointed out, there was not any mention regarding the status of Nagorno-Karabakh. Thus, we can derive that Nagorno-Karabakh will be an ordinary province like others in Azerbaijan, and there will not be any autonomy there.

The breaking point in this war has been the battle of Shusha. Azerbaijan had already started besieging the city from the end of October, and after fierce and heavy battles, Shusha was liberated on the 8th November after 28 years of Armenian occupation. As all of Azerbaijan celebrated this victory wildly in the cities, this event led to an acceptance of defeat by the Armenians, and a subsequent signing of a capitulation agreement.

So, based on the situation, it is clear that Azerbaijan was among the victors in this conflict. They have successfully liberated their territories from Armenian occupation after 30 years. However, there are concerns regarding the increase Russian influence in the country. Certainly, not a country in the world is happy to have a foreign military base within its borders. However, it was necessary for a third party to be involved in Nagorno-Karabakh for a short-period of time to ensure peace between these two nations. 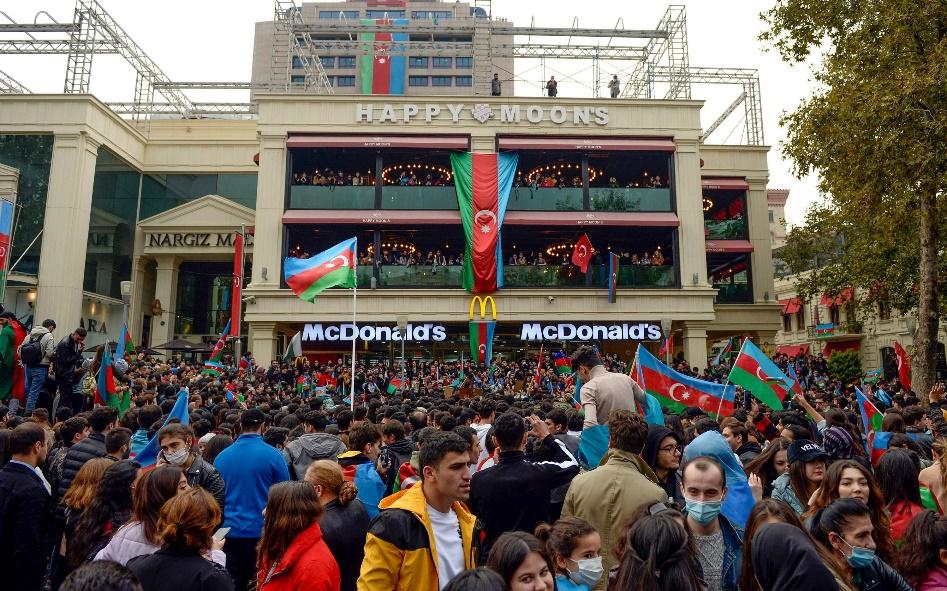 Russia is another victor in this conflict, as they were the decisive power accredited to stop this war. Moreover, creating a military base in the area of Azerbaijan is a political success for Russia, as they continue to increase their soft and hard power both in Azerbaijan and Armenia in the scope of this conflict. However, the relations of Armenia and Russia have been damaged to some degree. During the conflict, Russia ignored calls of military assistance in Nagorno-Karabakh from Armenia. It is quite certain that the relations between Putin and Pashinyan are not close. Since the 2018 Violet Revolution in Armenia, Pashinyan tried to take out his country from Moscow’s political clout and turn to the West. His policies were Western-oriented, and the USA and other key countries in Europe supported him in various issues. In this war, Putin had reprimanded both Pashinyan, as well as the nation of Armenian as a whole, for their “Western” attitude. 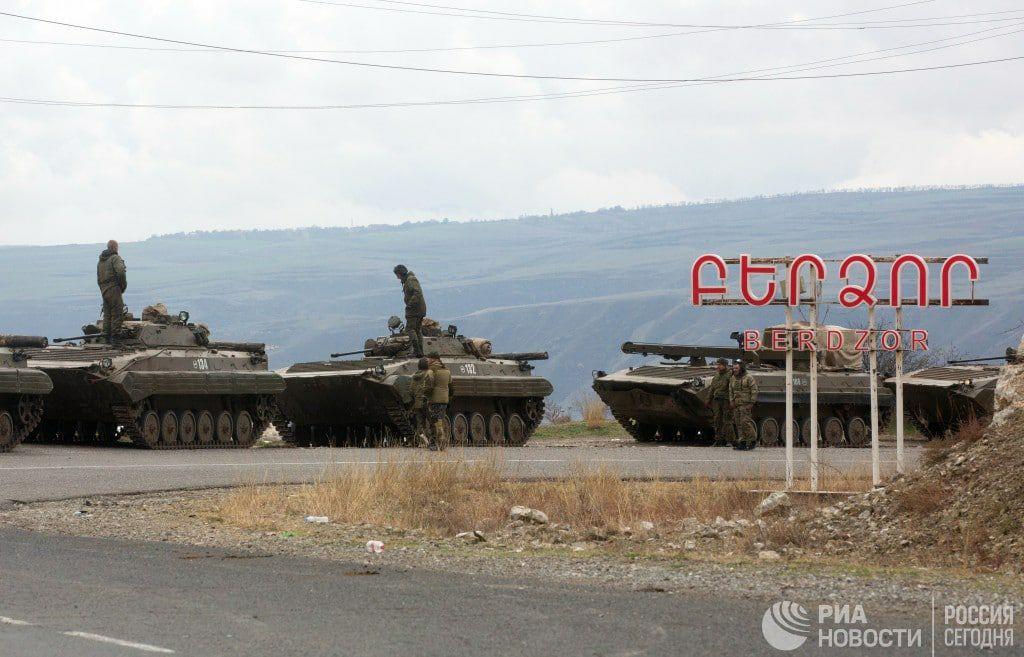 Turkey is another winner in this conflict. Since the beginning of the war, they have demonstrated moral and political support for Azerbaijan. Now they are more integrated in this region by being one of the parties who will supervise the ceasefire in this region. Armenia is the biggest loser in this war. Throughout the conflict, they have ignored international calls and resolutions to solve this conflict in a peaceful way for 30 years. They have not implemented four UN Security Council Resolutions 822, 853, 874, and 884. They have also not adhered to the Madrid Principle or the Kazan Formula, by refusing to hand over seven districts which are currently under their occupation, but a not legally apart of Nagorno-Karabakh. Additionally, they are to pay  hefty compensation for all the war crimes, damages, and illegal trade activities they have committed on the occupied lands of Azerbaijan.

Right now, there are big protests against Pashinyan and his government in the streets of Armenian capital Yerevan. People are demanding his resignation due to his signature of this capitulation agreement and call for the continuation of the war. There is  strong unrest in the city, protesters even entering into the Parliament of Armenia on the 10th of November. Some of the demonstrators even broke into the Prime Minister’s house and stole valuable items. Pashinyan claimed that it was of utter importance to sign this agreement to stop war, as Armenian soldiers were under grave danger and he needed to protect Khankendi/Stepanakert as the Azerbaijani Army was just 2-3 km away, just a stone’s throw from the city. Moreover, he said that this peace agreement did not specify the status of Nagorno-Karabakh and he stressed the importance of economic and military revolution in the country. His statements put a shadow to the peace process, and help reveal the true intentions and future plans of Armenians for a new war in this region. 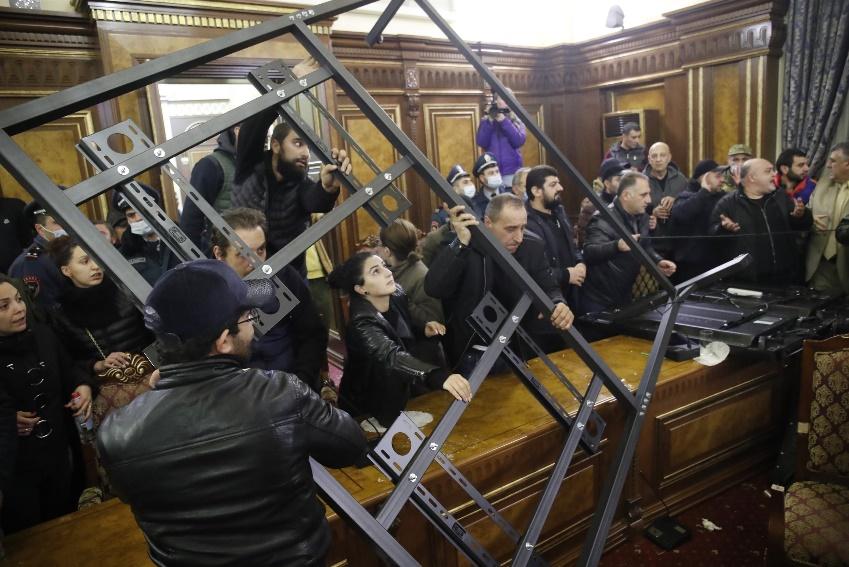 Now, Armenians have begun to leave the historical Azerbaijani lands. Finally, Azerbaijani displaced people are able to return to their homes after 30 years. Before leaving Kalbajar, Armenians vandalized this region by setting fire to their home and schools before handing over this territory to Azerbaijan. 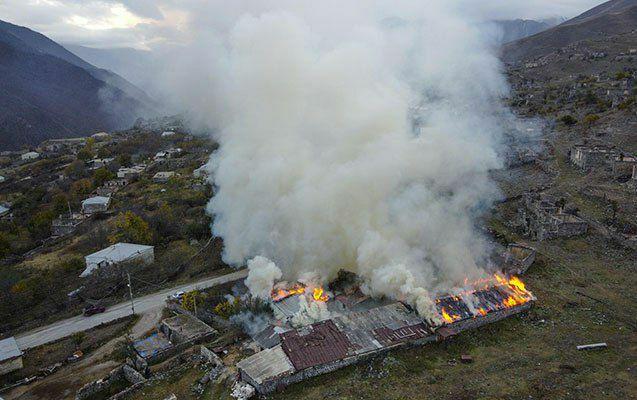 This type of action only strengthens the existing enmity between these two nations. This peace agreement is the first step for stopping the Nagorno-Karabakh conflict, but more action is necessary to sustain peace. My hope is that these lands will see peace, and from henceforth no longer need to experience the damaging effects of a lasting war.